Investment in public transit is good for Guelph’s economy

The combination of growth and growing demands on taxpayer dollars is forcing cities to make tough choices between worthy causes. They should take heart: One cause merits investment, not just because it is worthy in itself, but because it generates revenue for taxpayers rather than draining it away.

That investment is public transportation. Public transit creates jobs, protects the environment, enhances our quality of life, and makes it easier for employees to get to work and consumers to get to local businesses. For those reasons, it should be a linchpin of Guelph’s economic development strategy.

Public transit is an investment in the truest sense of the word: An outlay today pays out considerable profit down the road. For every dollar invested in transit, there is an economic spinoff of $3, reaching as much as $19 billion dollars in economic benefits yearly. It directly employs some 59,600 Canadians, and that number more than doubles to 124,000 when jobs created through capital investment are also considered.

Public transportation generates those economic benefits for several reasons. It helps the right people to get to the right jobs, without wasting otherwise productive hours in the process. It allows employers to tap into the labour pool, especially for those who do not have any other way to get to work. And public transportation helps get customers in the door as well.

And, perhaps most important, public transportation contributes to a critical determinant of economic success: Quality of life. Communities that are great places to live attract the best businesses and the most highly skilled people.

Public transportation improves quality of life in several ways. It cuts down on the time drivers lose being trapped in traffic congestion. Meanwhile, while all those cars are idling in traffic, they’re also pumping pollutants into the atmosphere. Public transportation, on the other hand, saves millions of dollars in annual health-care costs related to respiratory illness caused by these pollutants.

That makes for a more livable community. So do green, open spaces — which public transportation helps to protect from being paved over for more roads.

All those benefits help explain why use of public transit is on the rise. In 2017, more than 23 million Canadians lived in areas with transit service. In that year, transit ridership exceeded 2.1 billion passenger trips, representing an average annual growth rate of 1.6 per cent since 2008. In Guelph, with the introduction of the high frequency Route 99 Mainline in 2017, we saw our ridership grow by 44 per cent and increase revenue by 15 per cent.

But this increased use also makes for increased costs. Here in Guelph, the investment in transit has struggled to keep pace with our growing ridership. Nearly nine out of 10 urban Canadians think that governments need to invest more in public transport. It’s time for a transit growth strategy and business plan that lays out the path forward to serve more people, more frequently and accommodate future growth.

To be sure, public transit systems aren’t cheap to build or run, and cities have more demands than they have dollars. But public transportation pays for itself several times over. And if a stronger economy is the destination we seek, public transit is the fastest way to get there.

Read the entire article on the Guelph Mercury Tribune Website 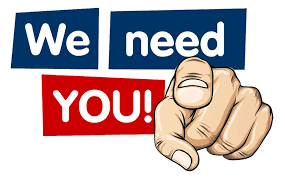